The crime issue is a good example of how public policy is always about trade-offs, Swing the wrecking ball through a social institution and something replaces it. It’s also an example showing how American Liberalism will inevitably end in authoritarianism. As traditional institutions are destroyed, the state flows into the void. The existing organic institutions grow weaker relative to the state, making them easier to knock over.[1]

However, leftists are deluded when they think they (1) can identify what is good for other people, (2) know how to achieve their goals,[2] and (3) know exactly what the costs of their destructive (but beneficial!) policies will be.

But, especially, the costs of pursuing goals that leftists swoon over is not only unknown to them but never even considered by them. Only good can flow from "good" intentions and "right" thinking. Fallible people handed government power will exercise it dispassionately and justly because, well, because they are not rightists. The possibility of psychopaths and neurotics wielding power? Remote. End of discussion.

But authoritarian power is enabled by every stroke of the wrecking ball as the Z Man notes. The Constitution was trashed when its requirement that the president be a natural born citizen was ignored. Now we have a freakish man who ignores the Constitution in turn by conducting wars without the consent of Congress and who willfully declines to exercise his responsibilities to defend our borders against invaders.

The possibility of total power falling into the hands of lunatics or monsters is not considered. I have never, ever in my entire life heard a leftist in my presence express even so much as an awareness of the ghastly crimes of the left in the last century. And, yes that includes the crimes of the National Socialists who chose the word "socialists" for a reason. Can anyone guess why? 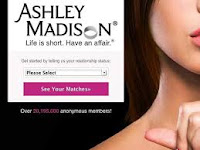 Toying with powerful government is every bit as dangerous as beginning an affair with your boss's wife. As that excellent question of the age of the internet goes, "What, in either instance, could go wrong?" The leftists' answer is, it will not surprise you, is "Nothing whatsoever. Not a damn thing."

Notes
[1] "Crime & Society." By The Z Man, 10/14/15.
[2] For leftists, achieving any goal must necessarily involve government action and only government.